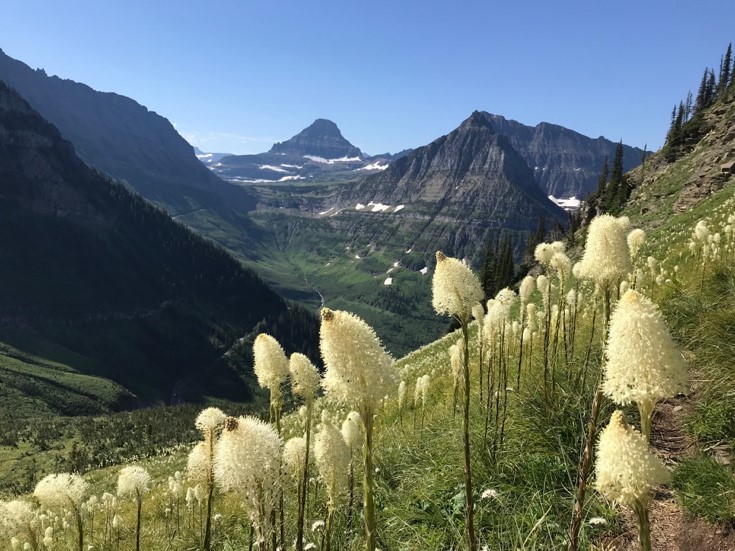 Greetings to all! Like the entire globe of people, the Geology department has adapted to the new normal, which to be honest we are still all figuring out what the heck that means. I will dispense with the unfortunate things first, which mainly boiled down to the summer cancellations of Field Camp, the Interdisciplinary Field Program, and Freshman College Geology class. There were other collateral “geology” damages, including the cancellation of the Imperial Barrel Award competition, numerous withdrawals from conferences, the termination of summer field work, no end-of-year awards ceremony, and the abandoning of our annual alumni celebration. To use the cliché “we are all in it together” applies to all geoscience departments around the county, so in that respect the ramifications of the pandemic did not discriminate. UGA Geology, however, is responding with grace and compassion including the miraculous transition to online course delivery for much of the Spring 2020 term. Words cannot completely describe the sense of pride that the UGA administration and the UGA Geology community has for the all the effort put forth by staff, students and faculty alike. Below is a review of the past academic year, knowing that these highlights are just the tip of the iceberg that represents all the good things that have happened. We continue to improve the quality of our program, create novel instruction, support a climate of diversity, and increase our external funding. 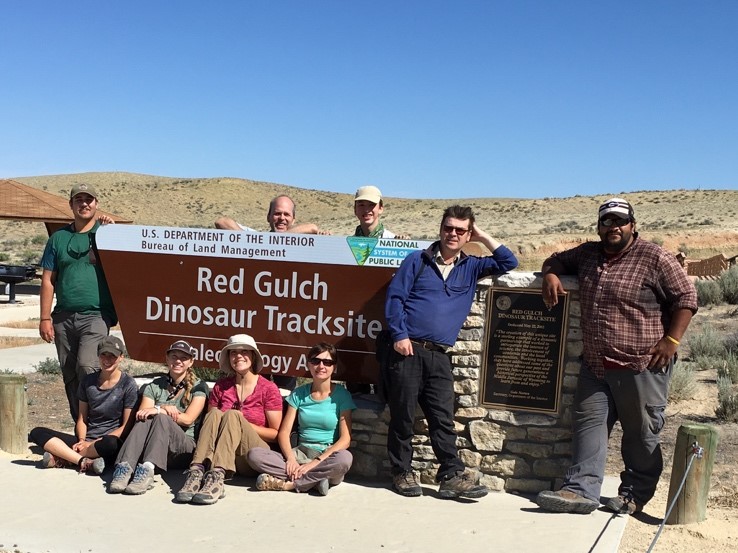 Faculty accolades include: Doug Crowe was named Teacher of the year and he has help to promote the generous giving from Chevron, where increased donations to sustain support of RA lines has gone from from 1.5 per year to 2 per year. Steve Holland was named as Professor of the year and remains active on the advisory board for the international Paleobiology Database. Andy Darling has contributed immensely to our introductory lab delivery and teaching of Earth Science for Middle School teachers. Charlotte Garing published four articles in high-impact journals and presented six talks in both international, national, and regional settings, including Spain, California - American Geophysical Union (AGU), Auburn University, and UGA Marine Sciences (invited speaker). Erv Garrison navigated post-tenure review with glowing achievements that included two co-authored papers this year. Christian Klimzcak was tenured and promoted to Associate Professor and he was invited to present at the University of Alabama and at the Lunar and Planetary Science Conference in Houston, TX. Sally Walker completed her tenure in the Halbouty Endowed Chair at Texas A&M and later in the year participated in the Society for Sedimentary Geology first Field Experiences Program in Argentina, working with South American graduate students and professors in the Neuquén Basin, Northern Patagonia. Sue Goldstein remains an elected member of the Cushman Foundation Board of Directors and published three peer-reviewed papers. She is eyeing the transition to emeritus status at the end of this year. Rob Hawman continues to be successfully funded by NSF to study the structure of the crust and upper Mantle beneath. 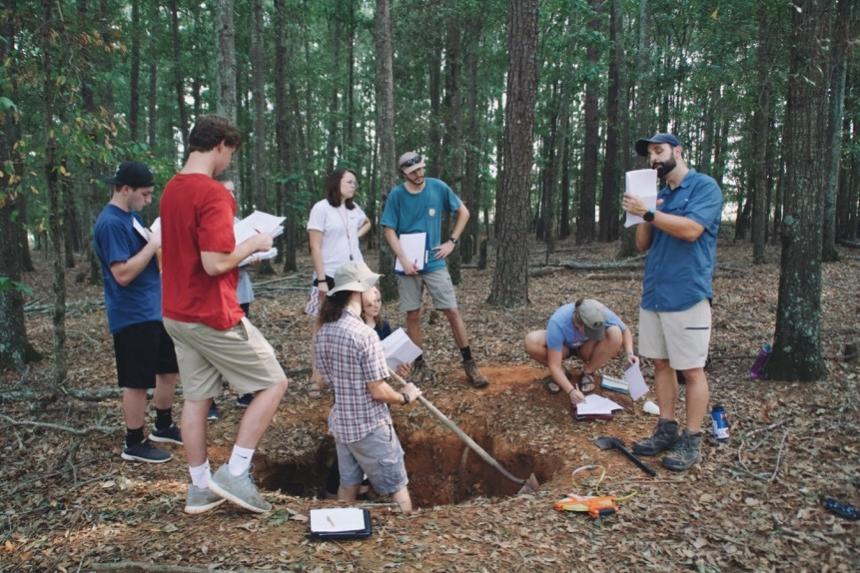 Adam Milewski had eight peer-reviewed publications, six active grants, and continues to maintain the Water Resources and Remote Sensing Laboratory. Valentine Nzengung developed a generous donation from Duke Energy to fund a Research Assistantship for a MS Student. He was also voted into the National Academy of Inventors where he has been recognized for his novel work with remediation of munitions in an environmentally friendly and cost-effective manner. Alberto Patino-Douce has been serving in excellent capacity as Graduate Coordinator and in particular helping to find extensions for graduate students whose research progress was been delayed because of COVID-19 restrictions. Alberto is looking to establish emeritus status at the end of this year. Marta Patino-Douce was recognized by the Beta Sigma Chapter Delta Kappa Gamma (DKG) Society of Women Educators and was invited to give a talk entitled “Insight into Book for Keeps” at the DKG convention. Mattia Pistone, our newest faculty member, has hit the ground running teaching petrology, writing numerous grant proposals, and well underway with establishing the new “Magma Mia experimental petrology lab” in the footprint of the hydrothermal lab once used by Vernon Hurst and Alberto. Bruce Railsback had five peer-reviewed contributions and his online illustrations are regularly appearing textbooks and peer reviewed publications. Jim Wright has opted to retire after a prolific career and the department wishes him well as we now look for someone to fill his shoes as a valued and long-standing Honors faculty member teaching UGA Honors students. I am on my seventh and final year of NSF support for Critical Zone Observatory research, with irons in the fire to continue this fantastic multi-disciplinary undertaking. I was fortunate to co-author several papers, two of which were published in the exact same date: one in Science and the other Nature. Other department happenings to create innovative curricular offerings aimed at attracting more students include; cross listed Rock Mechanics with Civil Engineering, offering E-courses including Introductory Geology (e-core) and Dinosaurs, and qualifying introductory courses for new environmental awareness requirement. 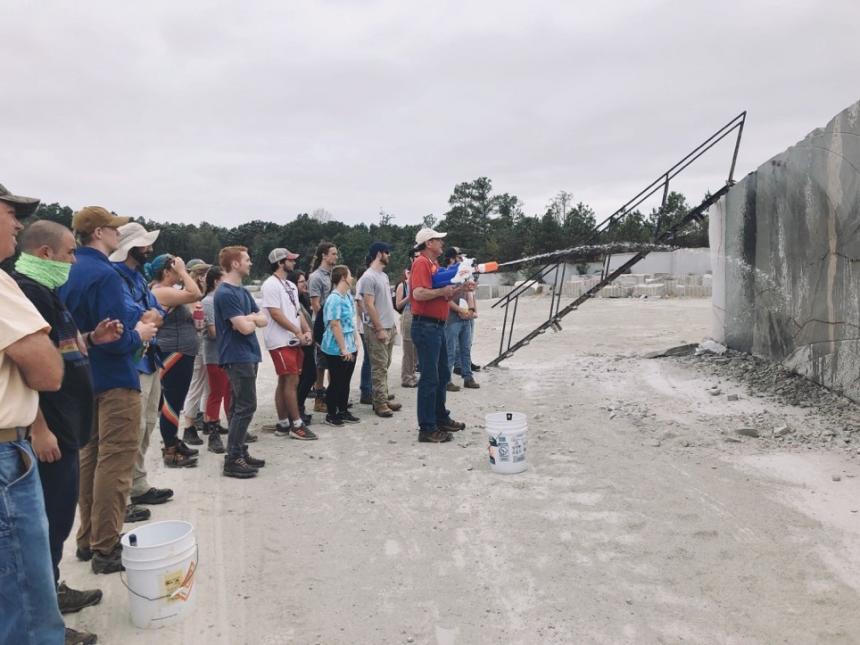 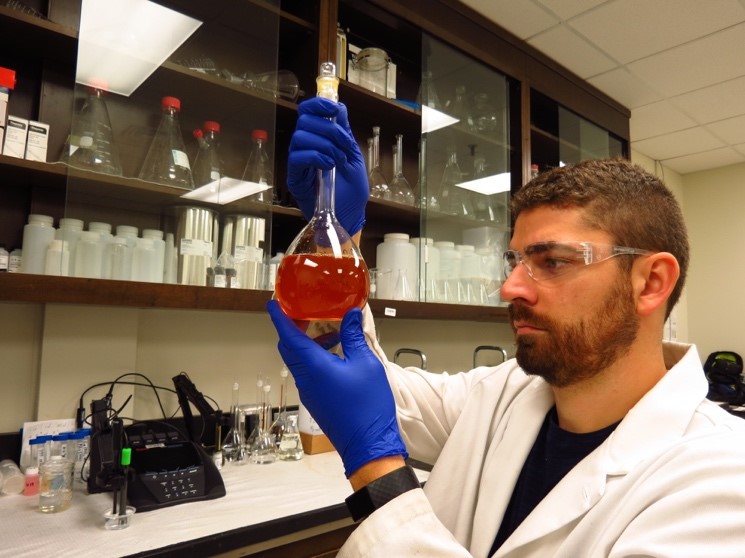 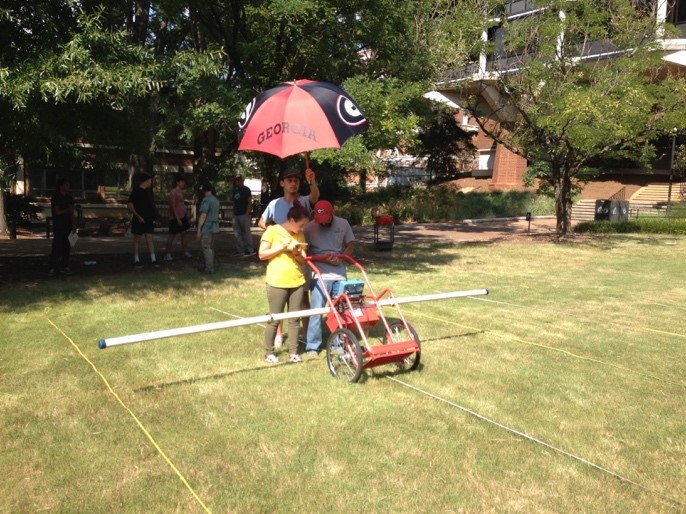 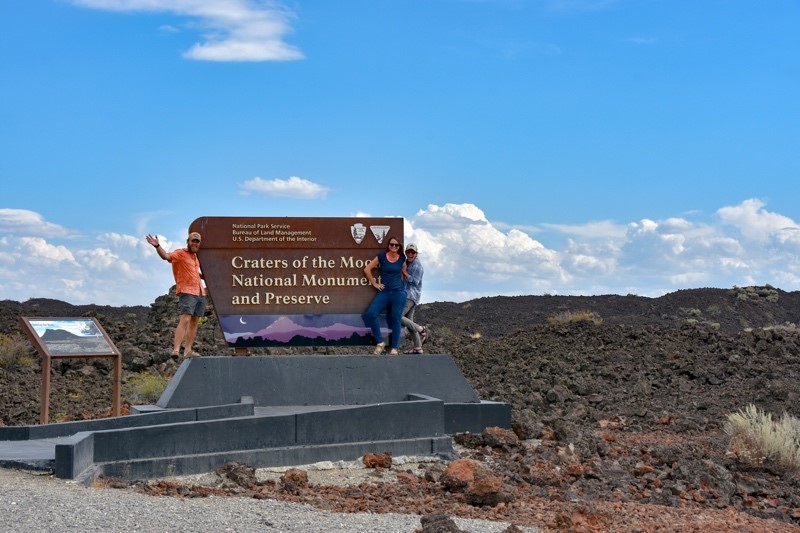 Last but not least we continue to receive strong support from the UGA geology Alumni. The contributions of time and money have truly made a difference and will be even more important in these times of trail. The alumni advisory board continues to serve a key role in guidance for assessing the mission of the geology department. Frank Leith has transition from alumni advisory board Chair to emeritus alumni board member, while the Grant Eager has taken on the role of Chair. This year we have recognized Devon Verellen as an Outstanding young alumni and Skip Forstoff as Distinguished alumni. We also note that Jeff Shellebarger is now officially retired from Chevron N.A. Exploration and Development, but from all that we hear, he has hardly slowed down as a champion for promoting the virtues of the geologic sciences.

Geology continues to make positive progress in terms of teaching, research, and outreach in 2019 and 2020. The top-heavy demographics of senior Geology faculty who have great wisdom to deliver excellence in teaching and outreach is a positive, however changes are in the wind. Three senior faculty members have announced retirements and within the next 5 years will we likely see a few more. The addition of a new faculty is promising, and the short-term projection is that Geology is increasing extramural funding. The Geology department is poised to propose new hires in specialty areas of basin analysis, paleobiology, and economic geology. These priorities are guided by a 5- to 10-year plan based on faculty retreats and trends in geoscience. 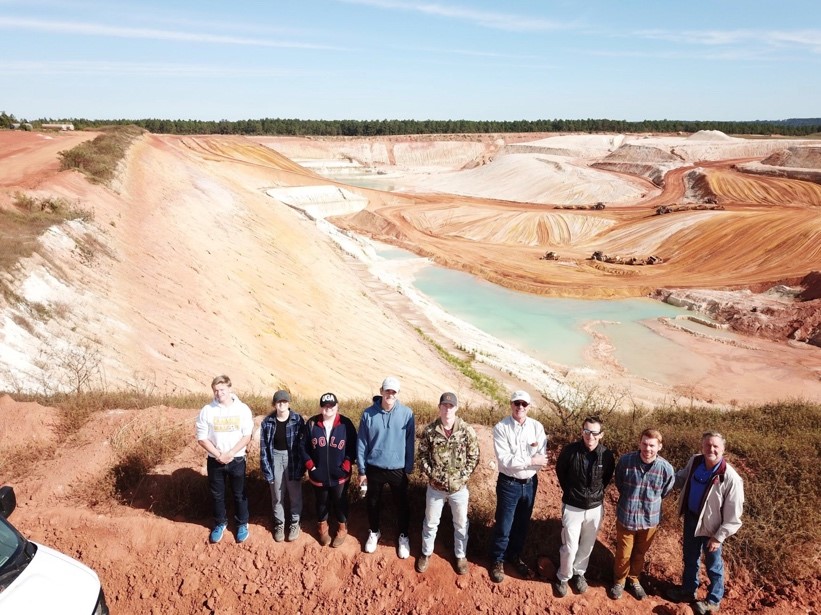 Hiring in the Earth Science is strong and the need for geoscientists is projected to be strong for the next 10 years. Most all of our undergraduates and graduates go on to employment or further their academics. Enrollment for the undergraduate is following the national trend experienced by all Geoscience departments, which is a ~50% decrease. This trend is not unusual as the cyclicity of sectors in mining, energy, government, and environmental geosciences all have different periods and amplitudes. Consensus amongst geoscientists is that we are at a low point and enrollments will restore to higher levels, particularly given the projected demands into the future. Hang in there. Go Dawgs! 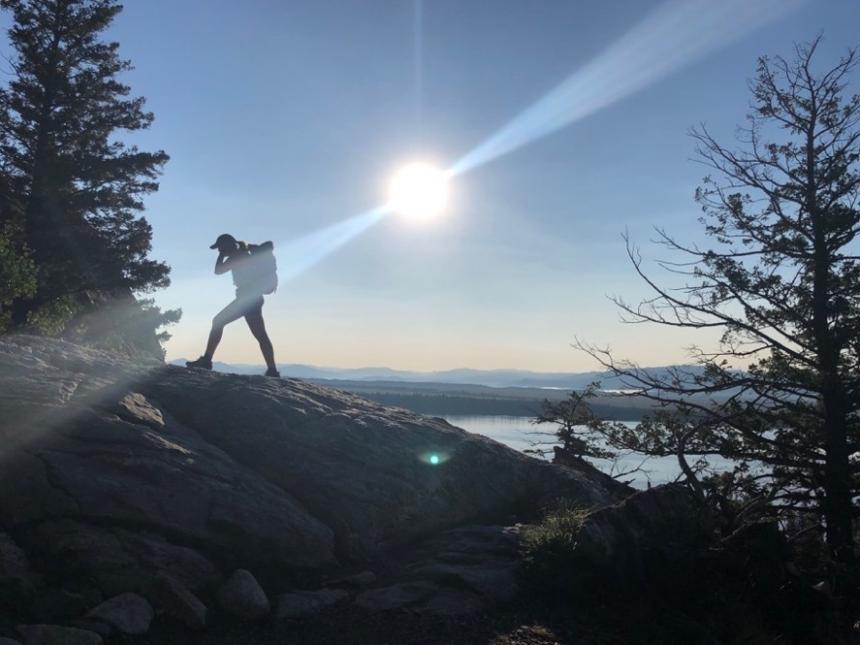