The application of conventional and laser microprobe stable isotope techniques for economic geology studies is my main area of research interest. I have also recently become involved in some very interesting geobiological and paloeclimatic studies in the past several years thanks to a number of collaborative studies undertaken with other UGA faculty and graduate students.

More of My Students 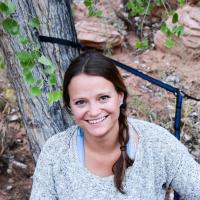 By giving, you support our mission of providing the highest-quality teaching and research opportunities to the people of the State of Georgia, the scientific community, and the world. Learn more about ways to donate to Geology at UGA.